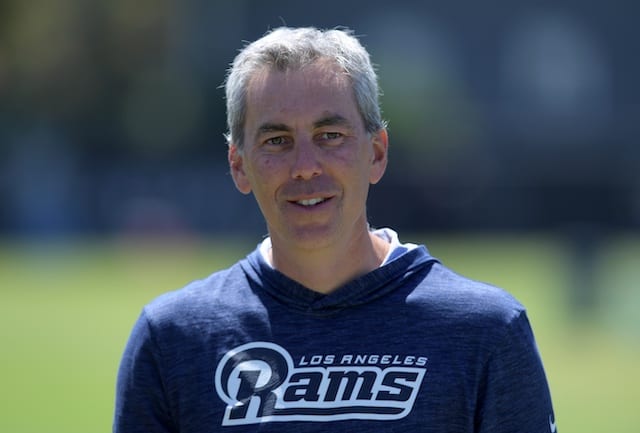 It initially appeared as though Los Angeles Rams star Aaron Donald was in some hot water after a man filed assault charges against him following a fight in his native Pittsburgh.

The Rams were forced to release a statement after the incident regarding their decision to let the due process play out. Fortunately, they did not have to wait very long after video evidence proved that Donald was actually the one trying to deescalate the situation.

The attorney for the alleged victim that filed a criminal complaint has since confirmed that his client was mistaken about the identity of his attacker. As a result, it appears the three-time NFL Defensive Player of the Year has since been cleared of his alleged role in the scuffle.

Rams COO Kevin Demoff is optimistic that Donald will ultimately be cleared of any wrongdoing, via Kevin Modesti of the Los Angeles Daily News:

“I think we’re in an era of cell phones and videos,” Demoff said at SoFi Stadium on a day the Rams welcomed season-ticket holders for the first time. “I think one of the things, it’s always good to let situations play out. That’s true in a particular time like this, when it appears to vindicate the player, and it’s true, unfortunately, if it hadn’t.

“I think it’s cliché to say we’ll let the legal process play out. This is one where it may have happened quickly. We will see how it concludes. I think we’ll just continue to let the story unfold the way it is.”

It is safe to say that Demoff and the front office can breathe a sigh of relief after evidence quickly arrived to clear Donald’s name. Rather than treating it as though the star defensive tackle dodged a bullet, he should be praised for being an upstanding citizen as the truth came to light.

Having an incident like this connected to a player of Donald’s caliber is clearly a gross misrepresentation of his character both on and off the field. Fortunately, the recent revelations indicate that he will be able to move forward from it without any further hiccups.

Donald is in the midst of yet another offseason highlighted by the usual display of impressive workouts from the 6’1″, 284 lb. defensive lineman. It looks as though he will be keeping his regimen going after the Rams became one of the many teams to opt out of voluntary workouts with the pandemic still present.