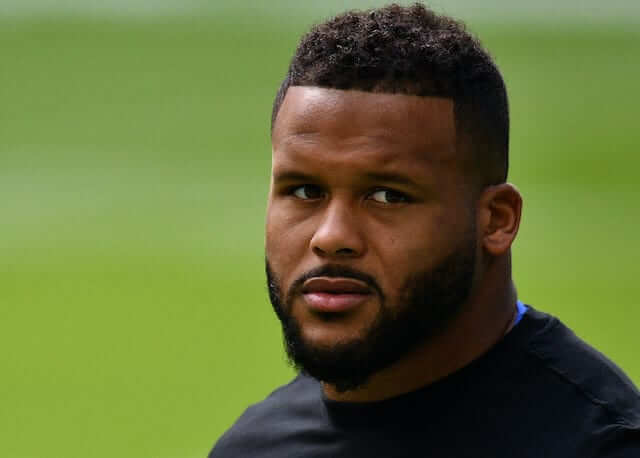 The 6’1″, 284 lb. defensive lineman’s workouts are the stuff of legends as he doesn’t have an ounce of fat on his body and is quicker than a lot of wide receivers.

It routinely takes 2-3 offensive linemen, who are all over 300 lbs., to keep him from getting to the quarterback, and even then, that often isn’t enough as he has been named the NFL’s Defensive Player of the Year in three of the last four years.

Despite that, it appears that a man in Donald’s hometown of Pittsburgh didn’t get the memo as Donald got in a fight with him and the man is now saying he will file assault charges, per Andy Sheehan of KDKA-TVT News:

The Rams then responded after learning of the allegations against their star player.

“We are aware of the reports regarding Aaron Donald. We are collecting more information and will have no further comment at this time,” the Rams said in a statement.

It remains to be seen if anything will come of this, but it’s obviously not ideal for Donald and the Rams that the star is facing potential charges.

Throughout Donald’s entire NFL career, he has not only been a great player on the field, but also a great citizen off of it, routinely doing great work in the community in both L.A. and Pittsburgh.

Hopefully this one slip-up doesn’t cost him too much as the Rams have Super Bowl aspirations in 2021 and will need their best player on the field to achieve their goals.