Home Rams Announce Decision To Opt Out Of OTA’s

Rams Announce Decision To Opt Out Of OTA’s 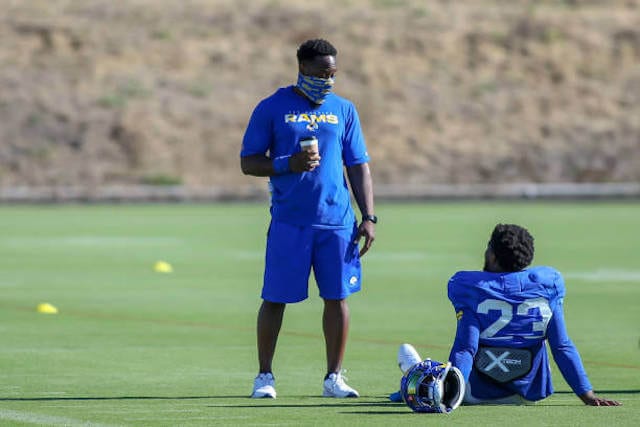 The NFL did everything they could to ensure that the 2020 season happened as planned. While they were successful in completing the season, nearly every team in the league dealt with some type of coronavirus (COVID-19) related issue. The Los Angeles Rams were one of the few teams that got through the season without any postponements but did have players miss games due to COVID protocols.

The league was hoping that, as the rollout of vaccines have allowed the situation to calm down in many states, the 2021 season could be completely back to normal, including the return of in-person OTA’s. NFL players did not feel this way, as they wanted the virtual program that took place in 2020, leading to many rosters deciding unanimously to not attend these voluntary workouts.

The Rams became one of these teams after releasing a statement expressing their concern with the pandemic still present, according to the NFLPA:

A statement from the Los Angeles Rams players: pic.twitter.com/5fhqk0H1eV

As of now, 15 of the 32 NFL teams have made this decision. The Rams and the Seattle Seahawks are the only two NFC West teams to already announce their plans to skip OTA’s.

Even though things are starting to improve in many states, it is completely fair to express some concern over the health and safety aspects of voluntary workouts. Nearly every NFL team had at least one positive test in 2020, and by skipping, it gives the players and the league more time to ensure 2021 goes more smoothly.

Another thing that could help solve this issue is players themselves getting vaccinated. As it is the offseason, there likely won’t be any official announcements about teams getting the vaccine the way it has happened in other major sports.

Once the NFL gets a certain percentage of the players vaccinated, they may be able to operate without concern. Luckily, there are several months before the NFL needs to worry about that now that OTA’s are being skipped league-wide.

What sparked the conversation about player safety with regard to OTA’s was the league releasing their plans and guidelines for this year’s edition of voluntary workouts.

It was meant to be a nine-week program with three phases. Everything within the phases was voluntary except for one mandatory mini-camp in phase three.

The post Rams Announce Decision To Opt Out Of OTA’s appeared first on Rams Newswire.